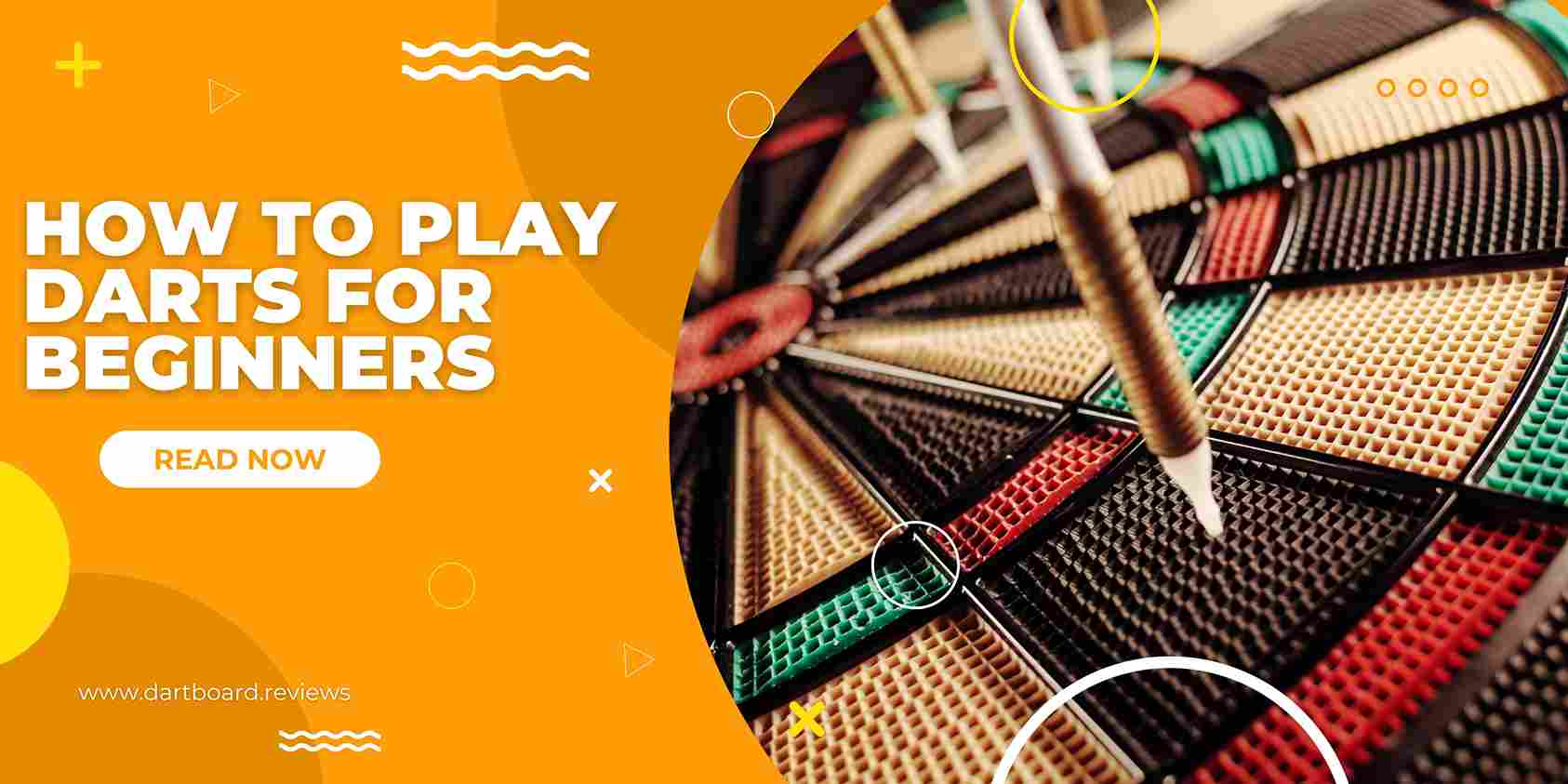 How to play darts for beginners

Darts is a game that can be enjoyed by people of all ages and skill levels. Whether you’re a beginner just starting out, or an experienced player looking to improve your game, this guide will teach you everything you need to know about how to play darts for beginners. We’ll cover the basics of the game, as well as some tips and tricks for improving your accuracy and throwing technique. So whether you’re looking to compete in tournaments or just want a fun way to spend an afternoon with friends, darts are a great option!

Origins of the Darts Game

Darts are thought to have originated in England in the medieval era. It was first mentioned in print in 1597, and by the early 1800s, it was a popular pub game. The game eventually made its way to America, where it became a popular pastime in bars and taverns. Today, darts are enjoyed by millions of people around the world.

How to play darts for beginners

The object of the game is to throw darts at a circular target (the dartboard) and score points by hitting specific areas.

To start the game, each player throws one dart at the dartboard to determine their order of play. The player who throws the closest to the bullseye goes first. Play then proceeds clockwise around the table.

On each turn, a player throws three darts at the dartboard. The goal is to score as many points as possible with those three darts. Points are only counted if the dart sticks in the dartboard; if a dart bounces off or falls out, it does not count.

Once all three darts have been thrown, the player’s turn is over and play passes to the next player. The game continues until one player has reached or exceeded the predetermined score, at which point that player is declared the winner.

Tips for how to play darts for beginners

There are a few things you can do to improve your darts game. First, practice your aim by throwing darts at a smaller target. You can also try to increase your throwing speed, as this will help your darts to stick in the dartboard. Finally, make sure you grip the dart correctly; a good grip will improve your accuracy.

The first thing you need to do is choose the right darts. There are many different types and sizes of darts available, so it’s important to select the ones that will work best for you. If you’re just starting out, it might be a good idea to purchase a set of steel-tipped darts. These are less expensive than other types and they’re also less likely to break. Once you’ve chosen your darts, it’s time to start practicing.

One of the best ways to improve your dart playing skills is to find a target and practice throwing at it. You can purchase a variety of different targets, or you can even make your own. If you’re just starting out, it’s important to find a target that’s not too difficult to hit. Once you’ve mastered hitting the easy targets, you can move on to more challenging ones.

Few things to keep in mind

When you’re ready to start playing darts for real, there are a few things you need to keep in mind. First, always stand at least six feet away from the dartboard. This will help you avoid hitting the floor or any other objects around you. Second, always throw your darts at the same time. This will help you develop a consistent throwing style.

With a little practice, you’ll be throwing bullseyes in no time!

The standard dartboard is 18 inches in diameter and is hung so that the center of the board is 5 feet 8 inches from the floor. The board should be hung so that it is at eye level for the player, who should also stand at least 7 feet 9 inches away from the board.

How to throw a dart – the grip, stance, and release

Scoring in darts – hitting the bullseye and other sections

The standard dartboard is divided into 20 equal sections, numbered 1-20.

The bullseye, which is at the very center of the board, is worth 50 points.

The outer ring of the board (the part between the bullseye and the double ring) is worth 25 points.

while the inner ring (between the double ring and the triple ring) is worth 15 points.

The rest of the board is divided into sections worth varying points, with the outermost section (the part between the triple ring and the outer bullseye) worth 1 point.

Aiming for the different areas of the board

When aiming for the different areas of the board, it is important to keep in mind that the dart will usually drop slightly as it travels through the air. As such, you should aim slightly above the area you are trying to hit.

For example, if you are aiming for the bullseye, you should aim for a spot just below the center of the board. This way, even if your dart drops a bit, it will still hit the bullseye.

Common mistakes and how to avoid them

One common mistake that beginner players make is gripping the dart too tightly. This can lead to inaccurate throws and can even cause the player to tense up, making it even harder to hit the target. Instead, the dart should be held lightly between the thumb and the first two fingers.

Another common mistake is not following through with the throw. This can cause the dart to veer off course and can make it difficult to control your accuracy. To avoid this, make sure to extend your arm fully and release the dart when your hand is level with your shoulder.

Finally, many beginners tend to stand too close to the dartboard. This makes it harder to aim properly and can also lead to darts bouncing off the board. Instead, make sure to stand at least 7 feet 9 inches away from the dartboard.

With these tips in mind, you’ll be well on your way to becoming a dart-throwing pro!

Playing games with other people

While darts are often thought of as a game to be played alone, it can also be a lot of fun to play with other people. There are a variety of games that can be played with two or more players, such as 301, 501, and cricket.

How to play darts for beginners Conclusion

Darts is a fun and challenging game that can be enjoyed by people of all ages. With a little practice, you’ll be well on your way to becoming a dart-throwing pro!. in this blog, you can learn how to play darts for beginners. Thanks for reading.

To throw a dart, start by gripping the dart between your thumb and the first two fingers. Then, raise your arm back and prepare to throw. When you are ready to release the dart, do so by quickly flicking your wrist forward while letting go of the dart.

The best way to grip a dart is to hold it lightly between your thumb and the first two fingers. You will also want to make sure that the dart is level with your index finger.

The official dartboard distance is 8 feet.