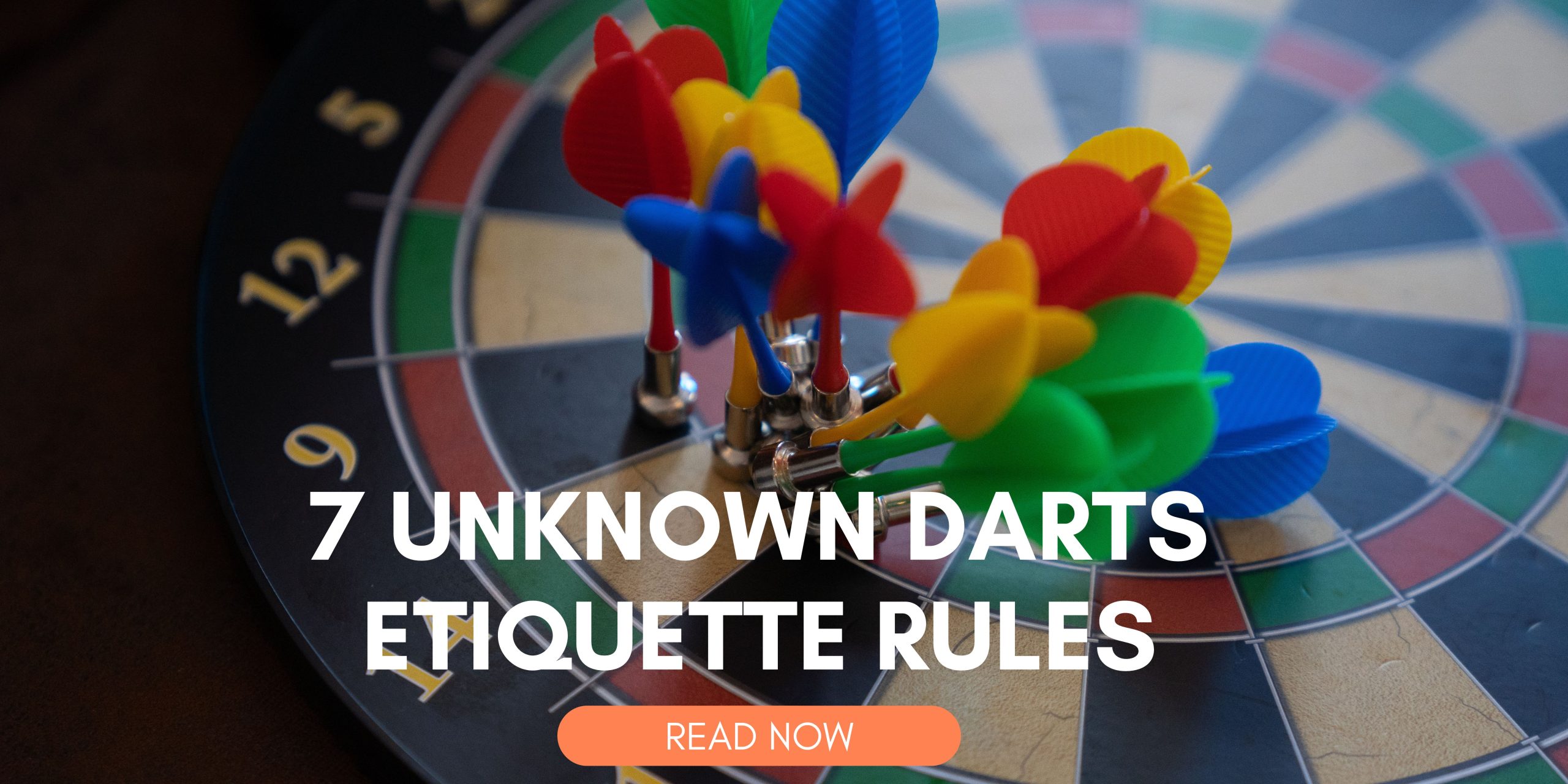 Darts is a game that can be enjoyed by people of all ages and backgrounds. Whether you’re playing in a pub, at a party, or in a tournament, there are some basic darts etiquette rules that should be followed in order to ensure that everyone has a good time.

Whether you’re playing against a friend or a stranger, it’s important to respect your opponent. This means not trash-talking, making fun of their playing style, or getting angry if you lose.

Be a good sport:

Similarly to respecting your opponent, it’s also important to be a good sport. This means congratulating your opponent when they win, shaking their hand (or giving them a high five), and not getting angry if you lose.

Keep your eye on the board:

It can be tempting to watch your opponent throw their darts, but it’s important to keep your eye on the board. This way you can see where your own darts are going and whether they’re hitting the target.

Throw your darts one at a time:

Throwing all of your darts at once may seem like a good idea, but it’s actually against the rules. You should always throw one dart at a time and then wait for your turn again.

Once your turn is over, it’s important to resist the urge to touch the darts. This is because you could accidentally move them, which would change the game.

Be careful with your drinks:

Spilled drinks can ruin a game of darts, so it’s important to be careful with your drinks. If you do spill something, be sure to clean it up right away.

Above all else, darts is a game and it should be enjoyed. So relax, have fun, and throw some darts!