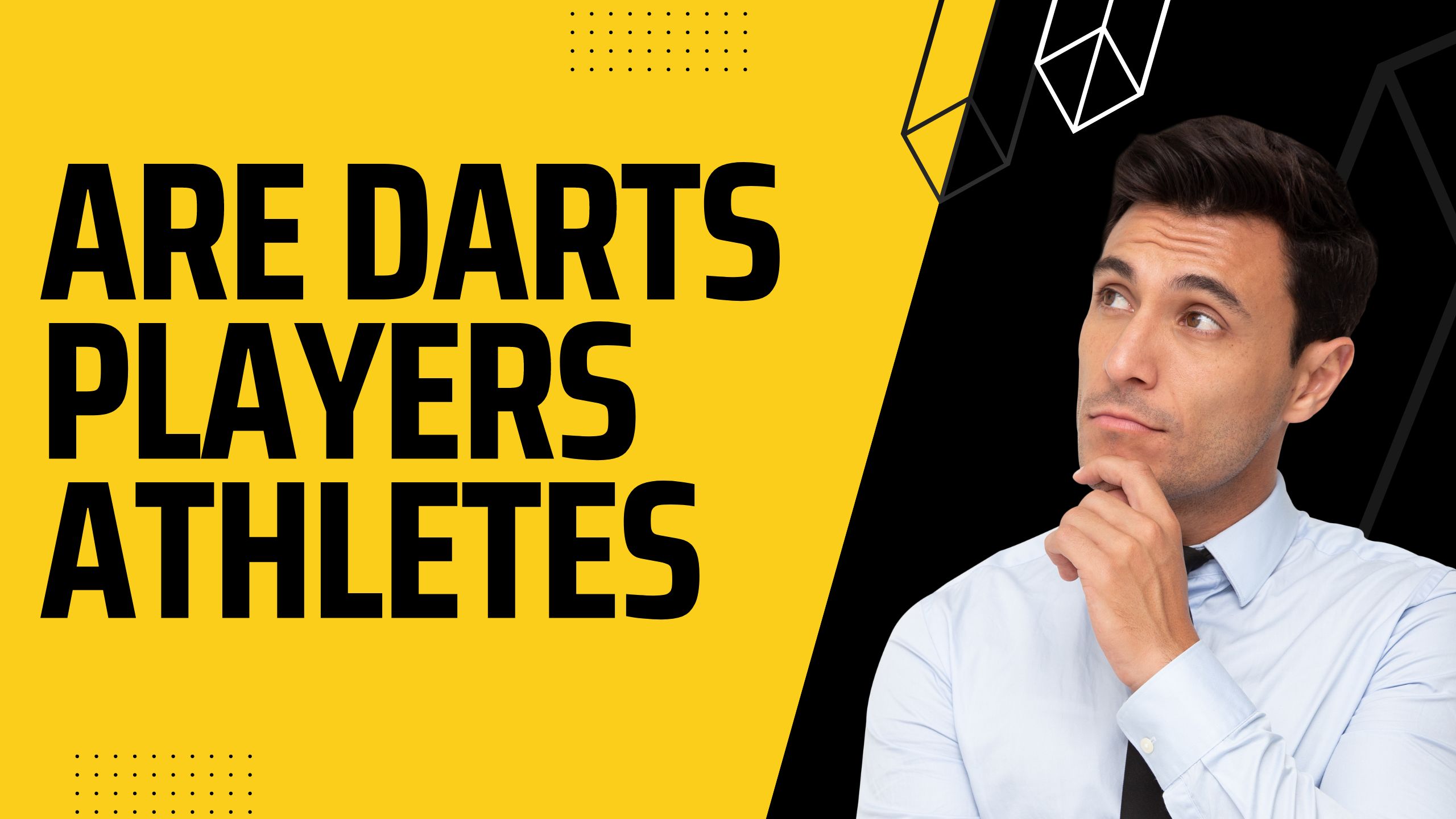 There’s a common misconception that darts players are simply people who like to drink and gamble. But those who play this precision sport competitively are athletes, through and through. Darts is not only an athletic competition but also a mental game. Players must have extraordinary hand-eye coordination, focus, and stamina to be successful. So the next time you see a darts tournament on TV, don’t write off the players as drunken layabouts – they’re true athletes.

In this blog post, we will explore both sides of this debate and come to a conclusion. We will also discuss the benefits of playing darts and how they can improve your overall fitness level. So, are darts players athletes? Let’s find out!

What is the definition of an athlete?

The definition of an athlete according to the Oxford Dictionary is “a person who is proficient in sports and other forms of physical exercise.” So, by this definition, darts players are definitely athletes. They require a high level of hand-eye coordination and focus to be successful. And, like all athletes, they need to have the stamina to compete in long matches.

According to Wikipedia: “Darts is a sport in which small missiles are thrown at a circular target (dartboard) fixed to a wall. Though various boards and rules have been used in the past, the term “darts” usually now refers to a standardized game involving a specific board design and set of rules.

As well as being a professional competitive sport, darts is a traditional pub game, commonly played in the United Kingdom, across the Commonwealth, the Netherlands, Belgium, Ireland, Japan, the Scandinavian countries, the United States, and elsewhere.”

So there you have it – darts is definitely a sport, and darts players are definitely athletes.

There are many benefits to playing darts, both physical and mental. For one, it’s a great way to improve your hand-eye coordination. Darts also requires focus and concentration, so it’s a good way to improve your mental game. And because it’s a precision sport, it can help improve your aim and accuracy.

Finally, playing darts is a great way to get some exercise. You may not think of it as physical activity, but dart players need to be fit and have good stamina to compete in long matches.

if you want to be a good player you should know the basic techniques and also know which dartboard is used for beginners. there are many different types of dartboard is available in the market like best steel tip dartboards and best digital dartboards.

Why can darts players be considered athletes?

Darts may not be a traditional athletic activity but it does require a great deal of skill and coordination. To be successful, darts players need to have excellent hand-eye coordination and the ability to make split-second calculations. They also need to have the stamina to stand for long periods of time and the concentration to maintain their focus throughout a match.

In many ways, then, darts players are comparable to other athletes who compete in more traditional sporting events. By recognizing the athletic nature of darts, we can help to create a more level playing field for all athletes, regardless of the sport they compete in.

Which darts players are not considered athletes?

While the skill and precision required to be a successful darts player should not be underestimated, many people still do not consider darts to be a “real” sport. Part of the reason for this is that darts is often played in bars and pubs, rather than in more traditional sporting venues. Also, darts players are not usually required to maintain the same level of physical fitness as other athletes.

As a result, they are usually much stronger and more physically fit than the average darts player.

Should darts players be considered athletes?

When most people think of athletes, they picture men and women who compete in traditional sports like football, basketball, or track and field. However, there are many different types of athletes, and some may surprise you. For example, many people don’t realize that professional darts players are considered athletes. While it may seem like a simple game, darts require a great deal of skill and precision. Players need to have excellent hand-eye coordination and be able to make split-second decisions. They must also be able to control their breathing and heart rate, as the pressure of competition can be intense. In short, professional darts players are true athletes, and they deserve to be respected as such.

Are Darts Players Athletes? The physical and cognitive skills needed to play darts at a high level require athleticism and practice. Although you may not think of darts as a sport, the players who compete in tournaments around the world are considered athletes. If you’re looking for an edge on your competition, start thinking of yourself as an athlete too, and put in the time and effort needed to improve your game. Ready to take your dart playing to the next level? Check out our tips for improving your accuracy.